Despite trailing for most of the night, Cleveland had a chance late, but it wasn’t meant to be.

The Rams fell, 24-16 to Winston-Salem Mount Tabor in the 3-AA football state championship Thursday in Chapel Hill. Although it was a sad ending to a stellar season, Scott Riley looked at the bigger picture.

“This season has been a challenge,” the Rams head coach said after the game. “We’ve come a long way over the last several months even with all the uncertainty surrounding this season. It’s tough to lose a game like this, but we give a lot of credit to Mount Tabor. They played an unbelievable football game.”

The Spartans missed a field goal and had one blocked by Rams defensive back Keyshawn Monk. However, Tabor scored first when Tyress McIntyre hit Lance Patterson for a 70-yard touchdown on a play-action pass.

Cleveland would answer right back in a big way. After starting quarterback Skyler Locklear went to the sideline because his helmet came off, freshman backup Cameron Goins hit senior Carter Griffith for an 18-yard score to tie it at seven in the second quarter.

The Rams would force a punt on the ensuing possession, but couldn’t cash in. Cleveland turned the ball over on downs and the Spartans took advantage with an eight-play, 55-yard drive to close the half. Highlighted by Patterson’s third and 20 conversion and his seven-yard rushing touchdown, the Spartans led 14-7 at halftime.

A turnover-plagued third quarter from the Rams led to a larger deficit. Patterson scooped up a fumble by Locklear to begin the third quarter and took it to the house to double the Tabor lead. However, the Rams wouldn’t go away and the junior quarterback would respond.

On fourth and 21 from the Spartans 30, Locklear hit senior wideout Nick Roccia for a touchdown and the Rams were back in it late in the third quarter. They’d give up another lengthy drive, but Cleveland held Tabor to a field goal. Eliott Trinh made it a two-score game in favor of the Spartans with 11:30 left.

Cleveland responded with a long drive of their own looking to get back within one score and got inside the Spartan red zone. However, on third and goal from the 15, Locklear’s pass intended for Griffth was intercepted by Tabor’s Max U’Ren and the Spartan defense held.

Despite being down 10, the Rams continued fighting and they got a huge lifeline. After forcing a three-and-out, the punter botched the snap and kicked the ball out of the end zone for a safety. Now down eight, Cleveland had a chance to tie with a touchdown and two-point conversion.

In the end, the Rams got back inside the Tabor 20, but couldn’t get the ball in the end zone. On fourth down, Locklear’s pass fell incomplete forcing a turnover on downs and the Spartans ran the clock out to win their first state title in school history.

Cleveland’s season ends at 10-1 with a Greater Neuse River 3-A conference title, 3-AA East Regional championship and a state runner up finish. Among others, the Rams will return Locklear, Goins, and standout running back Omarion Hampton, who missed the Rams last six games with an ankle injury.

“There’s a lot to be proud of and a lot to learn from this,” coach Riley added. “I’m definitely going to miss this senior group because they’ve done so much for this program. Most of these guys will be playing at the next level, but we’ve also got a great junior class that’s coming back and we look forward to getting back at it next season.”

To see all of our photos from this game: https://laiekeabebe.smugmug.com/Cleveland-vs–Mt–Tabor-football/ 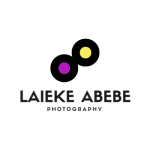